"When we first opened in Park City, Sundays were our second busiest day of the week. I’d been thinking that I wanted to close the store on Sundays and spend time with my family. 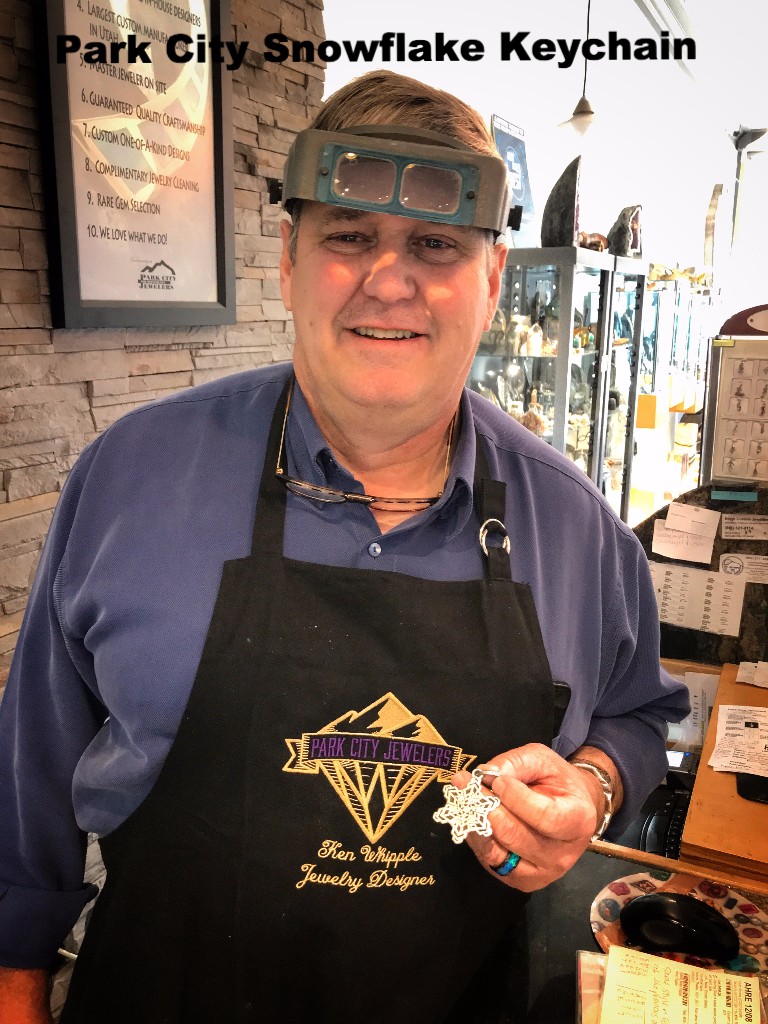 We’d been in business for a few years, and as many new businesses do, we were having kind of a rough year.

Autumn is the slowest time of the year for us. In fact, many Park City businesses close during the “shoulder season” because there aren’t enough people in town.

Well, we were having a really bad sales month, but the thought kept coming to me that I should close the store on Sundays.

I told my store manager one morning that we were going to start closing on Sundays and he was really upset about it.

But by the time we went home THAT DAY, we’d had the biggest sales day we’d ever had, Christmas included.

I always feel like I’m pretty slow and that rewards need to come pretty quickly for me to recognize them. So, I was thinking… we’ve been open a few thousand days already and this was our biggest day ever. Maybe it was a coincidence… 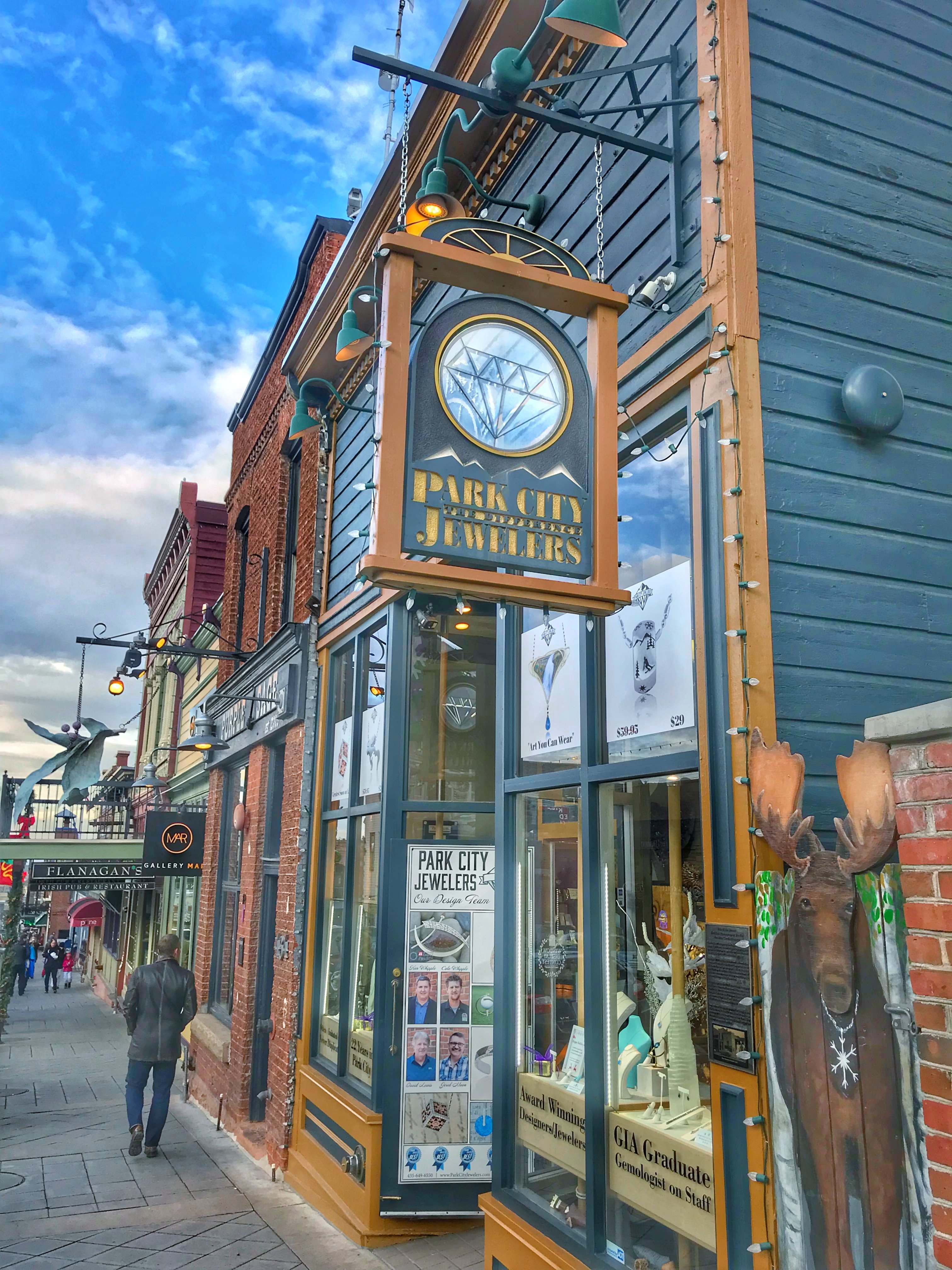 So about 4 years later, during the same, slowest time of year, we were planning out the schedule for the next few months. We saw that Christmas fell on a Monday, which meant that Christmas Eve was on a Sunday that year!

The manager came unglued and said, “We are NOT closing on Christmas Eve!” I thought that maybe we better make an exception that year and stay open.

We debated and debated. About noon or so, I thought, “You know what? We’ve made this decision. We’re closing the day before Christmas.”

To say the manager was not pleased would be an understatement.

And wouldn’t you know it? The exact same thing happened! Before we went home that day, we had the biggest day we’d ever had AGAIN, including Christmas.

I always say that the "miracle is in the timing", and... I believe in miracles.

Call it whatever you want. We put this positive energy into the universe and something great happened immediately. Twice!

It really helped us out in our bad times of year.

So now this year, we’re faced with Christmas Eve on a Sunday again. A lot of people are saying we should stay open.

We might make more money. Heck, I’m sure we would.

But this is what we do. Happy holidays.

When you shop at Park City Jewelers you know that you’re going to see unique jewelry designed and crafted by us. This gives you a chance to own jewelry that is like none other, made with the highest level of craftsmanship.

Although we make most of the jewelry we sell, we occasionally partner with a designer and sell their pieces in the store. This doesn’t happen often, but when we find a designer that blows us away with their unique pieces and quality, we proudly offer these to our customers.

Bellarri is one such designer. She is known as one of the world's finest luxury jewelry designers, and we’ve admired her award-winning pieces over the years as we’ve attended the annual JCK Jewelry Conference.

This year, we proudly announce that Bellarri is the newest designer at Park City Jewelers. Her pieces feature bold designs and vibrant colored gemstones that are simply breathtaking.

Bellarri jewelry is “designed for a woman, by a woman,” and her signature style pushes the envelope to create masterpieces of design. She states, "A true artist should capture the eyes, the soul, and the heart with every creation."

The Bellarri style is delicate art combined with uniquely cut gemstones, and each design tells its own story. Bellarri jewelry is meant to stand out from the pack, and conformity is not in the vocabulary. These pieces are tailored to the individually minded who value the unique.

In her own words, “My customer is an independent thinking self-purchaser who understands we design for her lifestyle. She’s not necessarily waiting for anyone to buy for her.”

The big, bold, and beautiful pieces are sure to make an impression when you wear them, and many celebrities have worn her designs to stand out on the red carpet. It’s no secret that we love color, and Bellarri uses some of the most beautiful colored gemstones in their pieces. As you look through the collection you’ll notice the striking combinations of bright colors from gemstones like peridot, tsavorite garnet, amethyst, blue topaz, ametrine, and iolite, to name a few.

Bellarri also has a reputation for some of the very best gemstone color matching in the jewelry industry. This can be easily seen in their gradient and rainbow designs. Light blue topaz slowly shifts to deep London blue topaz in a stunning seamless transition. The rainbow designs move through all the colors of the rainbow in breathtaking beauty.

Another hallmark of Bellari jewelry is the way the gemstones are cut and faceted. They laser cut and facet each gemstone using patented techniques not found in any other jewelry in the world. This gives the gemstones incredible brilliance and enables them to produce their unique designs. Settings are featured in 14K and 18K gold. You’ll notice a distinct lack of prongs in most of the settings, as one of the hallmarks of Beillari design is channel set gemstones. Each gemstone is precision cut to fit each piece and placed together to create each unique design. This gives the impression that the gemstones grew organically out of the setting - that they belong together.

A great example of jewelry “made by a woman, for a woman” is the Bellarri earrings. They are designed to be worn with or without piercings. The earring post has a hinge that folds down so it can be worn as a clip-on, which is an awesome feature.

The Bellarri brand is synonymous with luxury, integrity, elegance, and cutting-edge design, and they have been family owned and operated for 42 years. We are proud to feature their collection online and in-store and hope that each piece will capture your imagination the same way it has ours.